Welcome to the July 2017 edition of the Income Report Roundup.

Last month, I introduced you to several bloggers who have seen success making money blogging. Some are relatively new bloggers who have just started seeing their first few months of income while others are veterans who have already been earning anywhere from 5 to 6 figures consistently per month! June was a pretty good, solid month for all so let’s see what July’s numbers look like.

One of the most exciting things about reading blog posts to me is reading the Income Reports from Bloggers who decided to build a Business Blogging.

For years I’ve been following several of these individuals as they’ve built their businesses over time and I’m inspired every month to see how their consistency and commitment has grown into successful blogging businesses.

Most people share their income reports to show their progress, create a sense of accountability and to track their growth over time. What’s blown me away the most is how someone can go from their first check of earning just $20 for the entire month to now averaging at least $50K per month on average.  It just goes to show “never despise small beginnings” and know that you gotta start somewhere.  And if you’re consistent, you won’t be earning small for long…

It’s very challenging to open up your world and share your income with total strangers, but it’s also super invigorating and liberating to see that people truly are creating a life around doing what they love, and getting paid well to do it.

One of the main reasons why I am starting to share this Income Report Round Up is to help you realize a couple of things:

The more I read these Income Reports, the more I want to help you learn how to build a profitable blog quickly.

** Quick Note: If you’re inspired by what you see here in these Reports, and ready to launch your own blog, go here to learn how, as I’ll show you step by step, exactly what you need to do to get going. ** Kari is a lifestyle blogger. She started publishing her monthly blogging income in January 2016 when she earned $45 via Google AdSense.  This amount has slowly, but steadily increased over the past year. July 2017 was a busy month for her, not in blogging, but in her personal life. She got married (Congratulations, Kari!), went on her honeymoon and got settled in her new house. She actually took a break from blogging, but since she already set up a few passive income sources, such as blog ads, she was still able to earn $73 this month. Way to go, Kari! Leah of The Sweetest Way is a new addition to our blogging income round up. Her passion for travel has led her to create a location independent lifestyle where she’s able to live and work wherever she wants. Her blog is where she shares her knowledge on how to achieve this lifestyle so others can do the same. Despite starting her blog more than three years ago, July 2017  is actually her very first month sharing her blogging income. She acknowledged that she has drawn so much wisdom, guidance and inspiration from other bloggers’ income reports in the past and she felt it was time for her to help and inspire others in this way as well.

#3: Life and My Finances

When Derek Sall started “Life and My Finances” in 2010, he had about $18,000 worth of debt. Seven years later, not only is he completely debt free, he has also made over $100,000 blogging, mostly using pay-per-click ads and affiliate marketing. Although his July 2017 income of $1040 is a bit lower than his June earnings, July 2017 marks his third month in a row where he earned more than $1000. Wow! Keep up the great work, Derek! Mindy created her blog, The Fairy Tale Life, in 2012. She and her then fiancé, Tim, were getting married at the Disneyland Hotel and she used her blog to track their wedding planning progress because just like any other couple, they had dreamed of the perfect fairytale wedding day, but they had a strict budget to stick to.  With a little creativity and smart planning, they were able to have the wedding day of their dreams. Now, Mindy continues sharing about her everyday fairy tale life while starting to earn some blogging income on the side. Johnny is the epitome of a Location Independent Entrepreneur.  He shares his journey of traveling the world while earning an income on his blog, and he’s doing a mighty fine job of growing his earnings. He started sharing his income report in July of 2014, where he earned $198.84 in income.  And in July 2017, here he is earning more than $8000 just in one month.  Not bad for someone who identifies himself as a Digital Nomad.  Who said you have to have big fancy houses and expensive cars to be rich… Not this guy! Good job Johnny, looking forward to seeing what next month will bring. Kristin Larsen started her blog, Believe in a Budget, towards the end of 2014. Her goal was to share her journey on saving money and on getting out of debt by doing random jobs which she calls “side hustling”. Now, she helps other bloggers earn income online and use Pinterest successfully. It took her 4 months to see her first blogging income of $60, but after experimenting with promoting her blog through Pinterest, that income grew steadily. Although she did experience a bit of a slow down for July 2017 (it is summer after all), she still earned a solid $16,743. Great job, Kristin! #7: My Path to Passive Income

Esteban has one simple goal — to be able to do and buy whatever he wants. Pretty simple and if you think about it, it’s really something we all want as well. He uses “affiliate marketing” to generate his passive income stream and he uses his blog, not only to document his journey but to teach others to do it as well. And so far, so good. He started earning only $11 in July 2015. For July 2017, his income was $18,770. Although a big chunk of his earnings for July comes from selling another website he owns, his blogging income would still amount to around $200, a good solid number and a definite increase from what he earned from blogging in June. Matthew is a multi-award winning business & internet marketing blogger & international keynote speaker who teaches how to achieve your online goals. He publishes high-quality tutorials & case studies like you have never seen before! In this list, he is probably the one who has been publishing his income reports the longest. His first one was in August 2012 where he earned a little more than $600. For July 2017, he earned a whopping $22,409. Wow! He is definitely operating at a higher level than most bloggers and is generous enough to show the rest of us how he does it.

Jon Haver of AWI is the epitome of a Strategist when it comes to generating income online. He has the brain of an engineer, and it shows in his income, in the way he systematically builds things out for profits. Having recently left his day job (after getting this blog up to 5 figures per month), Jon is now growing his team while growing his income.   He started sharing his income reports back in November 2014 where he earned around $2,000 while building this as a side income. Here we are, almost three years later, and Jon reported a solid $53,983 income for July 2017! It’s exciting to see how Jon has built and grown his blog over the years and I wish him continued success. October 2016 marked 3 years since Michelle of MSOC left her day job as a financial analyst.  And from the looks of things, I think she feels she made the right decision. For July 2017, she earned $110,897 from blogging. Michelle is a financial blogger, sharing tips on becoming debt free, saving money and money tips.  She’s been rocking it as of late and is now in the runnings to compete with the top 6 Figure Per Month Bloggers out there like Pat Flynn and John Lee Dumas. Good job, Michelle~ John Lee Dumas and Kate Erikson are the Dynamic Duos behind EOFire. Hosting a 7 day a week Podcast, which was the first 7 day-a-week podcast ever, they’ve been able to turn it into a Massive Profit Center, hitting over 7 Figures Per Year.  For July 2017, EOF reported earnings of $197,911, which isn’t too bad for someone who hung out in multiple cities with family and friends while conference hopping.  However, I know that JLD and the team have mad systems behind them that keep things going and growing, which is why they are able to win big in business.  Keep up the great work JLD and Team! Pat was one of the first people to share an Income Report, being the pioneer for what you see listed here on this post.  Over the years, his income has increased, as he continues to add additional income streams to his portfolio while putting a powerful team in place to support him on the back end. This month, Pat reported $321,643 in earnings! That’s more than $100,000 higher than what he earned in June! Great job, Pat! As the GodFather of Income Reports, it’s fun to see how Pat’s business grows over time with what he’s doing.

If you’re inspired by what you’re reading and you want to discover how to launch your own Blog for Profits, check out my Blogging Profits Blueprint here and get Insiders Step-By-Step Access on successfully building out your blog!

Are you inspired to start your own blog? Here’s your chance to get started today: 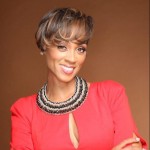 August 2017 Income Round Up

Be a part of the Passive Income Inner Circle and Get instant access to my Guide: “12 Step Formula to Building a 7 Figure Business Online” Hey, I’m Nicole and I help Entrepreneurs discover how to package themselves for profits and leverage the internet to create Passive Income Online FREE E-BOOK
Get Instant Access To My Guide: The 12 Step Formula To Building A 7 Figure Business Online
I want to
learn about